Thank you for your generosity in supporting the mission of St. James

“The Christian faithful are obliged to assist with the needs of the Church so that the Church has what is necessary for divine worship, for the works of the apostolate and of charity, and for the decent support of ministers” (Canon 222.1).

How much to give?

From time immemorial the people of God have given a tithe, that is a tenth, of their produce. Jesus said that tithing ought to be done (Luke 11:42, Matthew 23:23) and he instructed that God does not look on the amount that you give, but rather on the proportion as he taught in the parable of the Widow’s Mite (Luke 21:1-4). Tithing was legislated by the Church as far back as 567 when it was made obligatory by the Council of Tours. Currently it is not obligatory of the faithful to give at least ten percent of income, but the tithe continues to hold a revered position of honor within the Church.

There are those who, because of their financial situations, especially because of debt, are not able to give ten percent of their income to the Church. No worries. Take heart. Give with the generosity that you are able. As St. Paul wrote, “he who sows sparingly will also reap sparingly, and he who sows bountifully will also reap bountifully. Each one must do as he has made up his mind, not reluctantly or under compulsion, for God loves a cheerful giver” (2 Corinthians 9:6, 7).

Use your IRA, stock, or real estate to give up to $100,000 to your parish while avoiding taxes. Notify your IRA administrator that you wish to make a “qualified charitable distribution.” This information is not intended as tax, legal, or financial advice. Gift results may vary. Contact your personal financial advisor for information specific to your situation.

The Capital Fund is used for longer term purchases such as liturgical vestments, altar improvements, moving the community of St. James into a long term leased space instead of the current temporary space that is used only on Sunday mornings. One hundred percent of funds designated for the capital fund go toward this purpose, unlike the general fund of which 13% is assessed (taxed) by the Diocese.

Read more about the long term plans of St. James over at Our Story. 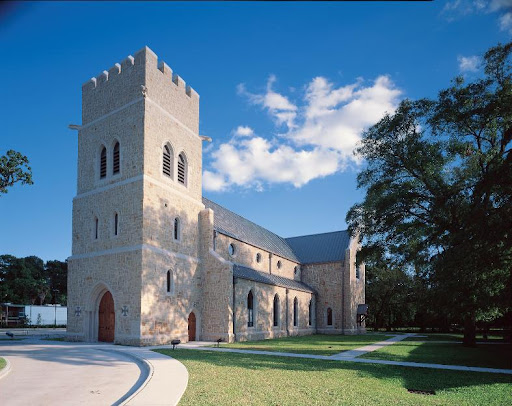 Mass Celebrated for Your Prayer Intention

We offer the Mass for a specific intention because we believe in the immense spiritual value of the Holy Sacrifice of Mass.

Whenever a priest celebrates Mass, he applies the grace of that Mass toward a specific need or intention which is offered to God in and through the Eucharist. Since the graces of the Mass are infinite, many intentions can be offered up at a single Mass. However, the priest may only accept one Mass intention donation at each Mass, which normally announced during the prayers. In addition, the faithful may bring their own intentions to the Mass, which they each carry privately and place upon the altar spiritually in prayer. The pastor is required by Church law to offer at least once Mass on each Sunday and holy day for the intentions of the people. 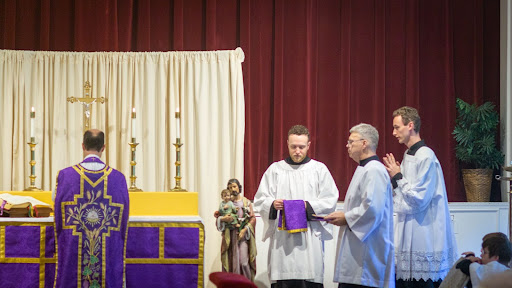 A Mass Intention may be set for:

A Mass Intention may not be requested for:

How to set up a Mass Intention

Within the Ordinariate of the Chair of St. Peter the suggested donation for a Mass offering is $10 though it is not uncommon that people will give more than this amount (for those in financial difficulty there is no cost). This offering goes directly to the priest for his support. Fr. Mayer is grateful for your generosity.

Please contact the office within a week of submitting your Mass intention request if you have not received a confirmation that it was received.

To set up a Mass intention online, click on giving and select Mass Intentions for your giving category. In the note section list the name of the person that the intention is for and whether that person is living or deceased. You may also give in person on Sundays by using the Mass intentions envelope.

From time to time people ask about giving offerings in response to services that the Church provides. While there is no charge for the administration of the sacraments and sacramentals (and no one may be deprived because of financial inability), the following requested amounts are those set by the Bishop. 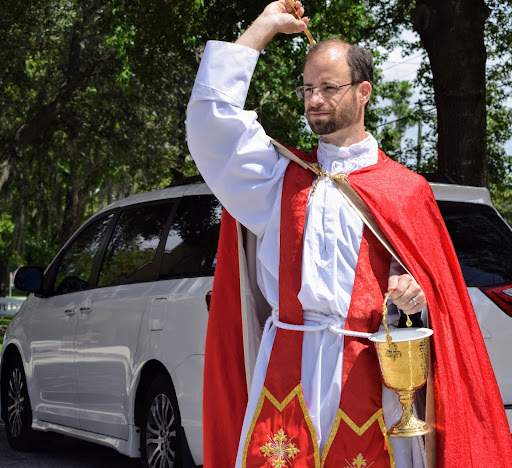